The drive from Oban to Glasgow was an easy journey, with the sun shining brightly across the hills, castles and lochs.

We stopped at Inveraray Castle. This residence of the Duke of Argyll has a striking exterior, a beautifully decorated interior and lovely gardens. The castle was the stronghold of Clan Campbell and features many artifacts from the clan.

Fans of Downton Abbey may recognize this castle as “Duneagle Castle” – the home of Uncle Shrimpy – that the Granthams visited on a trip to Scotland. 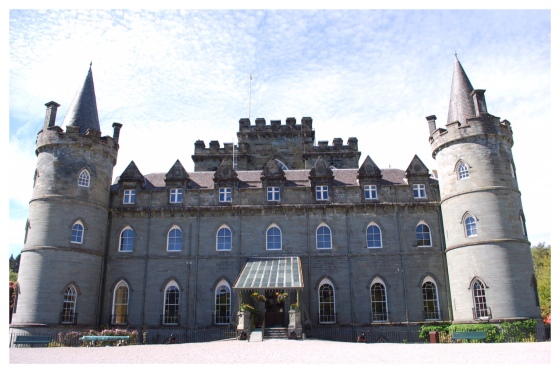 The Armory Hall was filled with an amazing display of armaments and includes rifles that were actually used when the Campbells fought with the British at the Battle of Culloden. 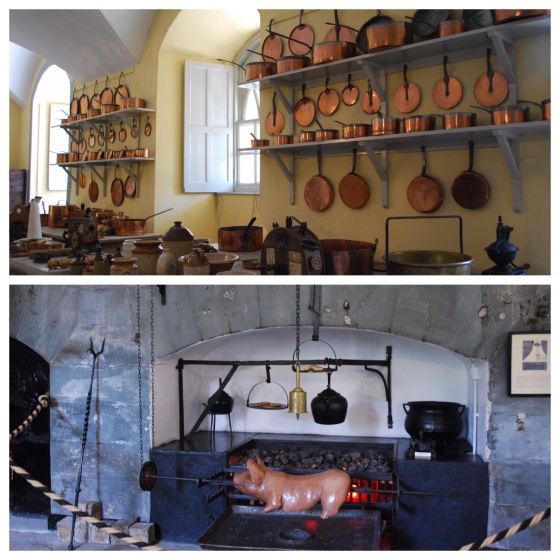 The gardens were meticulously tended, and were in beautiful spring bloom. 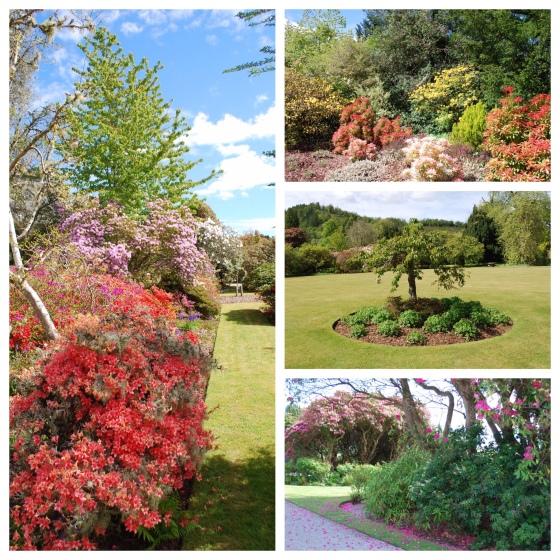 After leaving Inveraray, we drove alongside the famous Loch Lomand, a freshwater Scottish loch which crosses the Highland Boundary Fault, often considered the boundary between the lowlands of Central Scotland and the Highlands. It is 36.4 kilometres long. and between 1 and 8 kilometres wide, and with a surface area of 71 km, it is the largest lake in Great Britain by surface area. I of course serenaded Harv with my version of “The Bonnie Banks o’ Loch Lomond” – not a fun time for him I’m sure. We stopped at a lovely little picnic / camping area to enjoy the views of the lake. 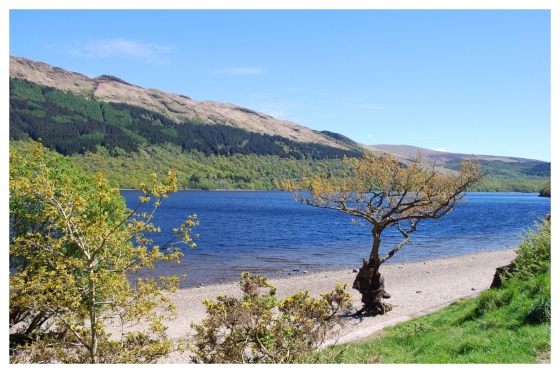 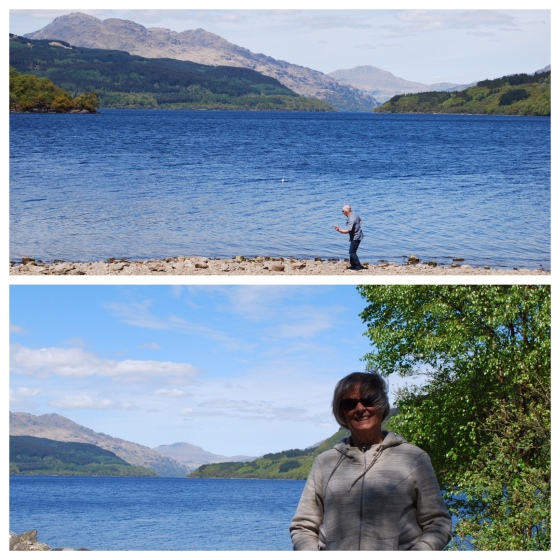 We dropped our Corsa at the Glasgow Airport and hopped on the express bus to the city, which took us to within a block of our hotel, the Ibis Styles Glasgow West. This hotel is highly rated by Trip Advisor and we were pleased with it. The room was larger than the Ibis Cambridge, with a king size bed. The hotel is music themed and the decor was quite fun. The breakfast included the usual cold items (cereal, granola, fruit, toast, pastries, etc), as well as oatmeal and cold meats, cheese and hard boiled eggs – and of course, the ever present crock pot of beans. I don’t quite get the British obsession with beans for breakfast……

Glasgow is a working Scottish city, without the old world charm of Edinburgh but with a more cosmopolitan air about it. The architecture is a mixture of Victorian facades and early 20th buildings by the local architectural hero, Charles Rennie Mackintosh and his contemporaries, as well as new bold and glassy construction.

For our two days in the city, we purchased passes for the Hop On Hop Off double decker bus tours. We enjoyed the tour with either live or recorded commentary (depending on the bus) and learned a lot about the city. We also found the bus a very convenient way to travel to some of the more far away sights in the city.

Buchanan, Sauchiehall and Argyle Streets form the “Golden Zed” in the city centre – pedestrian boulevards lined with shopping and restaurants. The Argyll Arcade is the oldest arcade in the city and is filled with high-end jewelry stores. Across the street is Fraser’s, the vast department store often referred to as the Harrods of Glasgow. 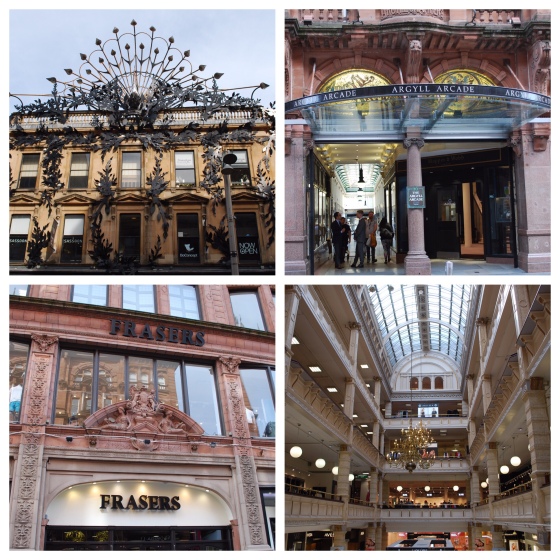 Royal Exchange Square is dominated by the Glasgow Gallery of Modern Art, a neoclassical building that was once the private mansion of one of the tobacco lords who dominated the the city during the 1700s. In front of the building is a statue of the Duke of Wellington, who is often decorated with a traffic cone on his head. 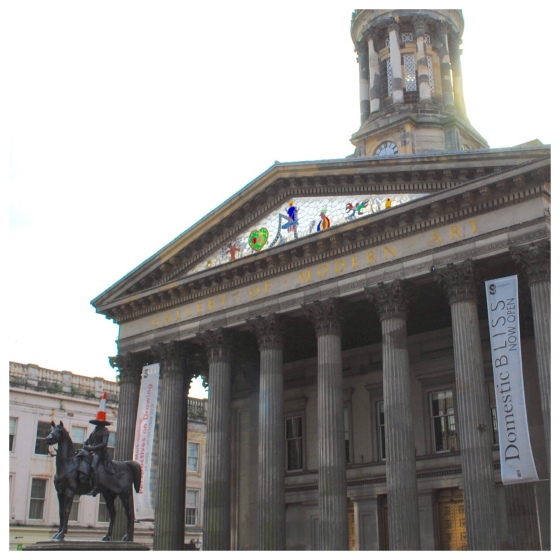 The centrepiece of the city is George Square. Although named for King George II, the many statues in the square do not include one of the king. Rather the dominating statue is of Sir Walter Scott. Others honoured include Queen Victoria and Prince Albert, James Watt and Robbie Burns.

The University of Glasgow was founded in 1451 and the campus sits upon a hill in the city’s west end. One of the delightful finds in the grandiose main campus structures are the neo-gothic cloisters that support the wing separating the two quads. 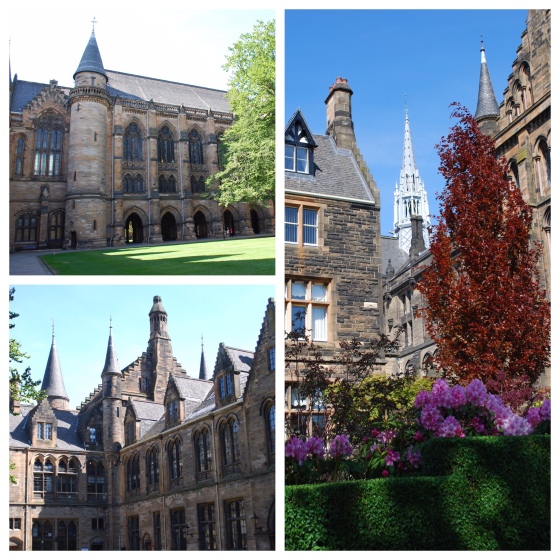 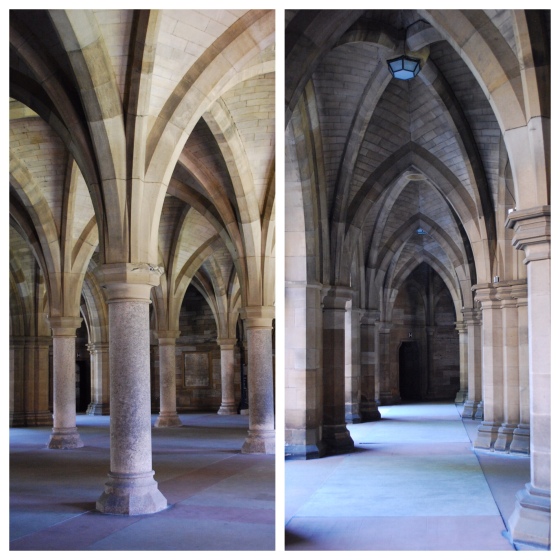 Kelvingrove Park is a lovely park that includes Kelvingrove Museum (we didn’t tour this museum), expansive green areas and lawn bowling greens and tennis courts that were build for the 2014 Commonwealth Games. 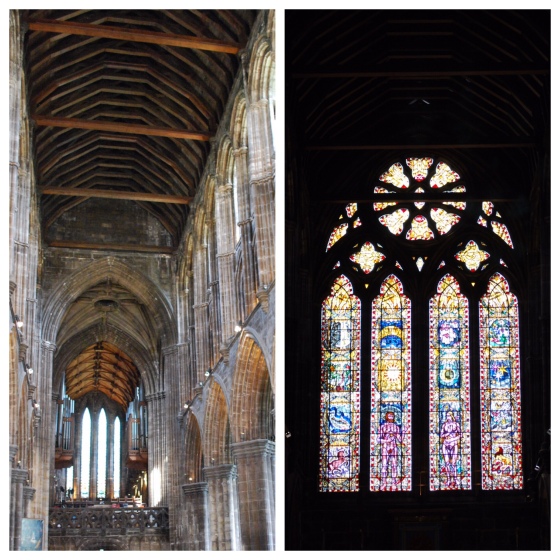 On a hill behind the Cathedral sits the Necropolis. This cemetery was built in the early 1800s as a beautiful place to bury the wealthy citizens, who did not wish to be buried in the existing unhygienic and packed churchyards.

There are many beautiful monuments – I was excited to notice one for William Miller, who apparently was the author of Wee Willie Winkie (who ‘ran through the town …. in his nightgown’). As we walked through the Necropolis, I had to agree with Rick Steves’ guidebook comment that someday everyone’s tombstone will fall over no matter how important they are. 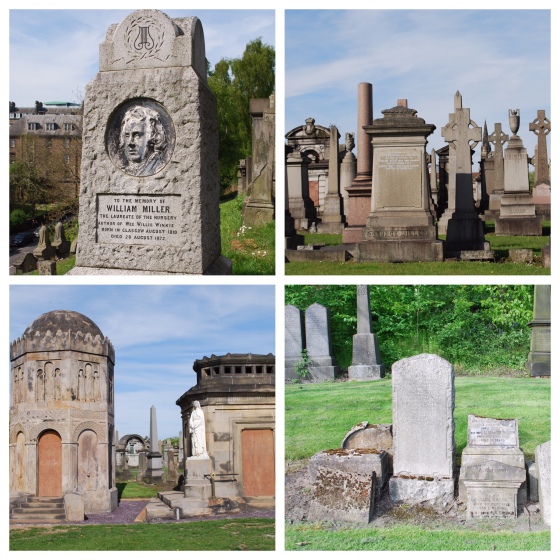 The Riverside Museum located along the River Clyde opened in 2011 and in 2013, it was named the European Museum of the Year. It contains everything transportation related – cars, trucks, trains, subway cars, buses, bicycles, motorcycles, canoes, boats, wheel chairs, prams, etc. etc. The items are displayed in a very interesting way and the museum also includes a recreation of a 1900 main street. We thoroughly enjoyed this museum – although any of you who have accompanied Harvey to a transportation exhibit / show / museum know that our stay was somewhat longer than Bev would have chosen. 🙂 The Museum is free to enter, as are all Glasgow city run museums. 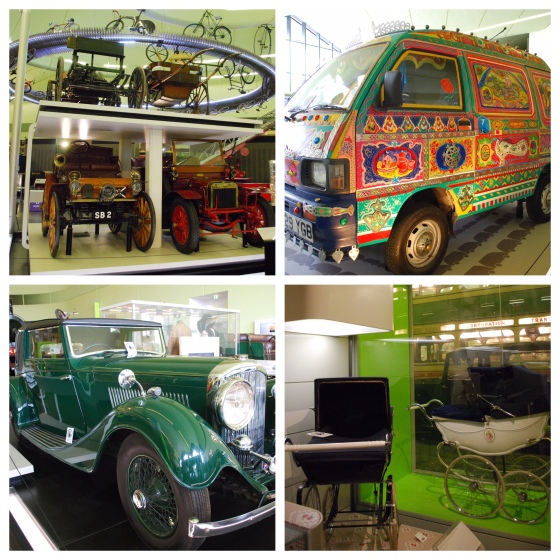 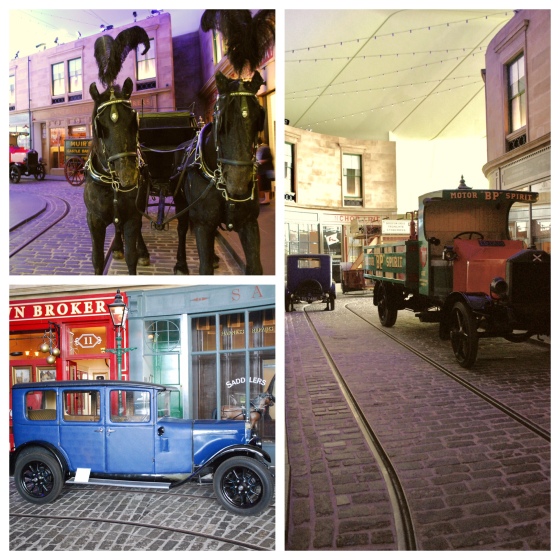 On the River Clyde behind the Riverside Museum, you are welcome to tour the Glenlee, one of the few remaining tall ships that were built in Glasgow in the 19th century.

Glasgow City officials have sanctioned the creation of large, edgy murals around the city. One of the most famous is a modern day interpretation of the city’s patron saint, St Mungo, performing one of his miracles, the resurrection of a robin. 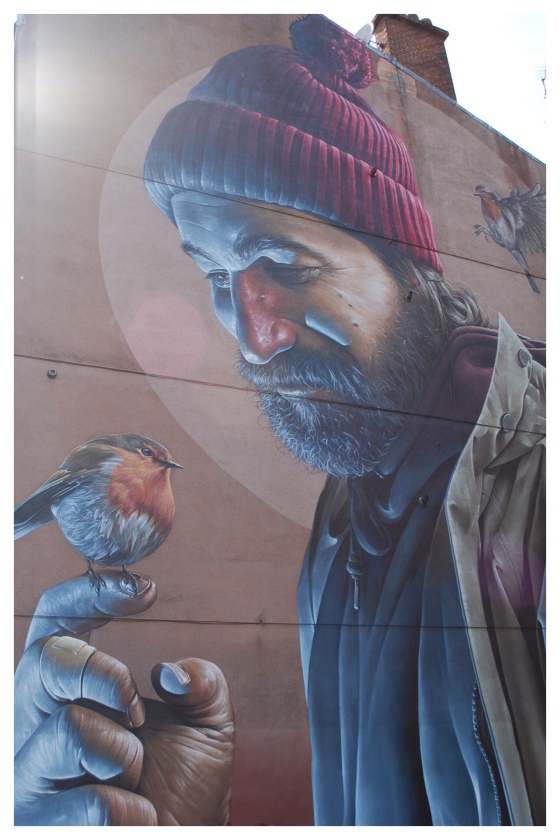 We had some good meals in Glasgow – at Ingram Wynd (Sunday Roast), No 9 Committee Room (haggis balls and fish sandwich on the sidewalk terrace)), the Grill on the Corner (great burgers) and Zizzi (excellent pizza & salad).

Although Glasgow tends to get overlooked by many travellers to Scotland, we would recommend including a couple of days in your itinerary. We certainly enjoyed our visit and we found Glaswegians to be extremely friendly and helpful. 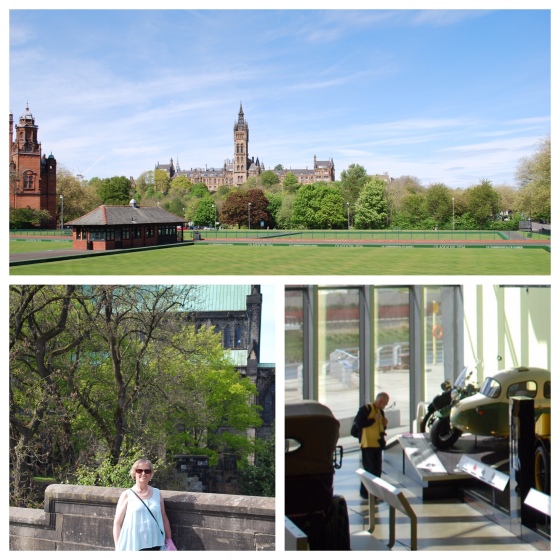 2 thoughts on “Glasgow – A Friendly City”