London is one of those great cities – where there is a great sight around every corner. You could spend weeks if you were to visit each of these things to see and do.

We last visited London in 1983; we plan on being back at least once in the next year. So on this visit, we decided we wouldn’t spend time seeing all of the sights. We chose to ride the hop-on hop-off bus tour one day to reorient ourselves to the city, and we also took a short cruise down the Thames.

London was decked out for the Christmas season. Some of the great light displays were on:

We took in the Burroughs Market in the Southbank area. It would be great to shop there regularly – for both prepared foods and quality fresh ingredients to prepare your own.

For the Christmas season, a huge area in Hyde Park becomes Winter Wonderland. This includes 3 main areas, each impressively expansive – a Christmas Market, the Bavarian Village and an incredible amusement park, as well as many individual presentations. We wandered around for a while, made a few purchases and had our last Gluwein of the trip. 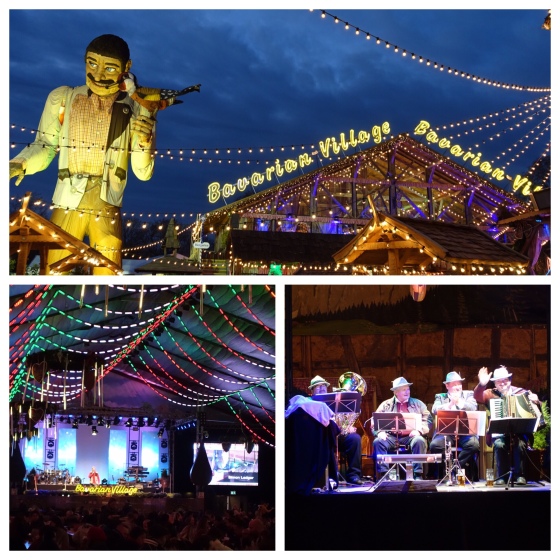 The large department stores were of course well into the season. Being fans of the TV show, Mr Selfridge, we enjoyed visiting Selfridge & Co. We also stopped in at Harrods. The window displays are fabulous to view. 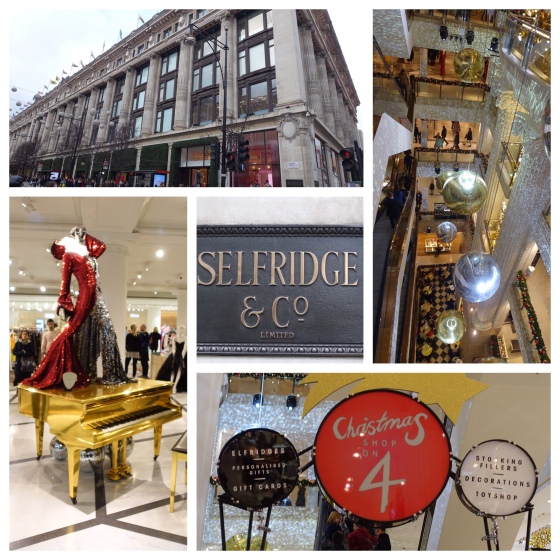 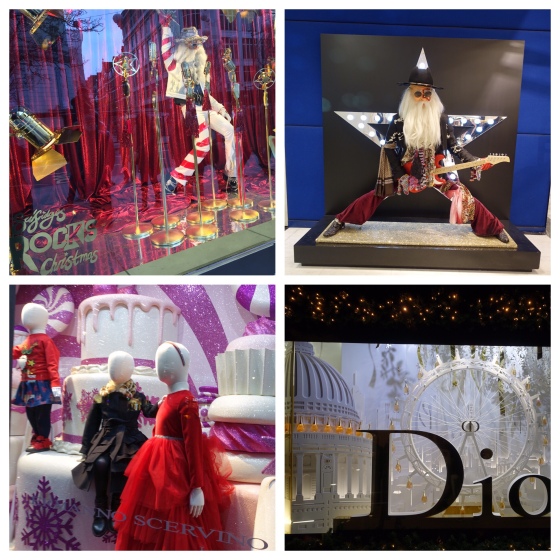 Kristin took the train in from Cambridge to spend Saturday with us. We walked a bit, had a great dinner and then took in Bat Out of Hell, the Musical. It was great. An excellent job of creating a story based on Meatloaf’s songs and the cast were very talented.

The Brexit vote in Parliament was to occur the day we left London and the protesters and news media were out in full force. At the last minute, the vote was cancelled. It will be interesting to see how that progresses.

Here are some photos of the many sights we passed in our travels.

Trafalgar Square is London’s central square and is dominated by the world’s biggest Corinthian column. Admiral Horacio Nelson gazes in the direction of one of the greatest naval battles, where in 1805, Nelson defeated Napoleon’s French fleet and saved England. At the top of the square sits the domed National Gallery and to the right of the Gallery is the steeple of St. Martin-in-the-Fields, built in 1722.

Of interest, the Christmas tree in the square is given to London each year from the people of Oslo, Norway in appreciation for British help during World War II.

In 1983 when we visited London, the Elizabeth Tower that houses the 13 ton bell of Big Ben was covered in scaffolding. And it was the same on this visit, although one clock face was showing. Maybe someday we will see it in its grandeur – although it is apparently undergoing a multiyear renovation.

Opposite Big Ben on the south bank is a giant Ferris Wheel. The London Eye, built to celebrate the millennium, stands 443-feet high and is one of the world’s highest observational wheels.

Of course, one of the major tourist sights is Buckingham Palace. We did a walk-by…

Across the street is Westminster Abbey, where royalty have been wedded, crowned and buried since the 11th century.

St Paul’s Cathedral is England’s national church. This baroque cathedral with the 365-foot-high dome was constructed from 1670-1710. 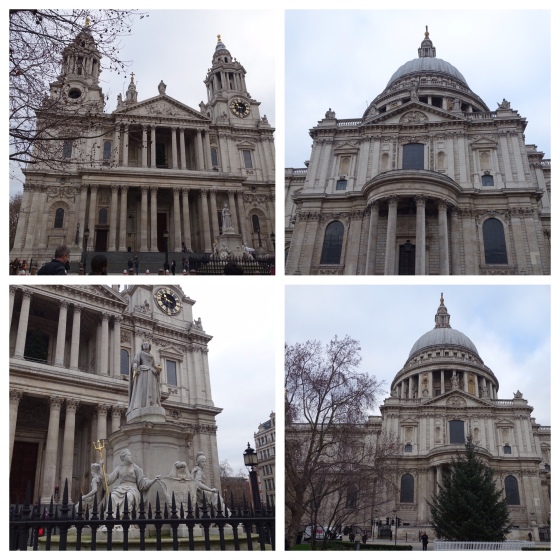 The Tower of London started with the ‘White Tower’, built by William the Conquerer in 1077. Enlarged over the centuries to its current 18-acre size, the Tower has served as a lookout for invaders coming down the Thames, a royal residence, the Royal Mint, the Royal Jewel House and most famously as a prison and execution site.

The iconic Tower Bridge was built in 1894 with a Neo-Gothic look. The bridge is a fully functional drawbridge, opening close to a thousand times a year. 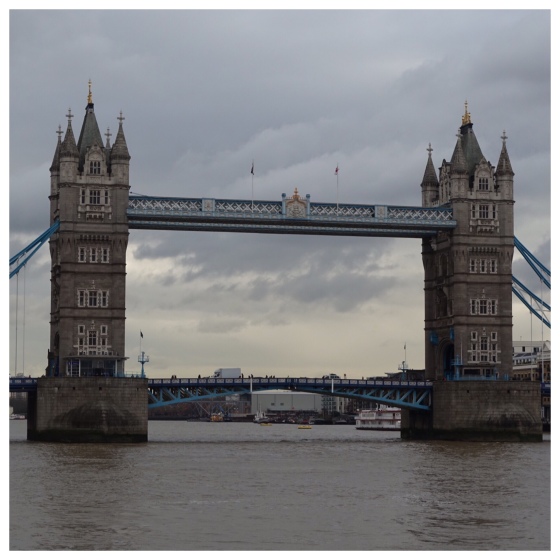 Now, we are home and busy with our own Christmas preparations. Thanks for reading about our travels and we will be back again in 2019 with more journeys!

3 thoughts on “London – City of Sights”