We returned to Helsinki from St Petersburg by our overnight boat. In Helsinki, we were welcomed by Kristin’s roommate, Kristin (aka KG), who had arrived to join the last two weeks of the girls’ trip. We spent a few quick hours showing KG the Helsinki highlights and then headed to the Viking Line Ferry terminal.

And we headed off on another overnight boat adventure – this time travelling to Stockholm, Sweden. The Viking Line boat was very nice and the general customer service was somewhat smoother than the St Peter Line had been. I do think the variety and choices of dining venues were perhaps better on the St P.

Harv & I had stepped it up one notch and had a slightly larger cabin, with a double bed – but alas, still no window. 🙂 The girls also convinced us to join them at the sauna – just so we could say we actually tried this Finnish pastime.

The morning sail into Stockholm was very picturesque.

Arriving at the ferry port, we took a quick shuttle bus to the main train station. On the ride, we saw a very modern, somewhat industrial city. Then we passed through a tunnel and at the other end was a delightful city centre, with old town on one side of the canal and the shiny new town on the other side.

Our hotel, the Clarion Sign, was just a short walk from the station. It was a great hotel, which I would highly recommend. The girls stayed at the nearby Generator Hostel, which they also really liked, both for the private room and amenities, as well as the new friends they made in the common areas.

We spent two nights and the better part of 3 days in Stockholm and filled our time with seeing some of the many sights.

Tour guide Justine once again led us on a Rick Steves walk – through the Old Town (Gamla Stan). This historic island core is filled with winding narrow streets and well-preserved buildings. 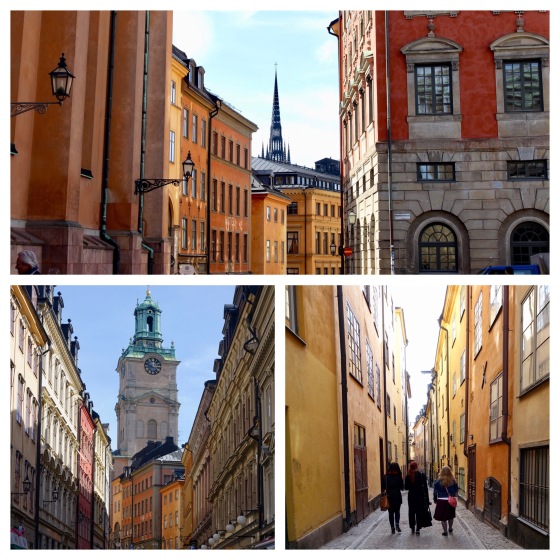 The Royal Palace (that I will describe later) dominates the high spot on the island. Next to the water, a statue of King Gustav III gazes at the Palace. Gustav was responsible for transforming a dowdy Scandinavian port into a sophisticated European capital. He founded the Royal Opera in Stockholm and was ironically assassinated at the Royal Opera House in 1792. At the crest of the Palace hill is an obelisk that honours Stockholm’s merchant class for its support in a 1788 war against Russia.

Next to the Finnish Church which originated as the Royal tennis hall, is the tiniest public statue (out of about 600 statues) in Stockholm. The Iron Boy is said to honour the orphans who had to transfer cargo from sea ships to lake ships before the locks were built. Many visitors rub his head for good luck or wisdom.

Stortorget is Stockholm’s oldest square. This was the heart of the city in medieval times. The population of Stockholm in 1400 was ~6000. Colourful old buildings topped with gables line the square, as well as the former Stock Exchange which now houses the Nobel Museum. In the centre of the square is the town well.

The square was the site of the Stockholm Blood Bath of 1520, when Danish invaders rounded up powerful Swedes who resisted the Danish rule, and beheaded them. The 80 white stones in the red facade of one of the buildings in the square symbolize the victims whose blood flowed through the square. 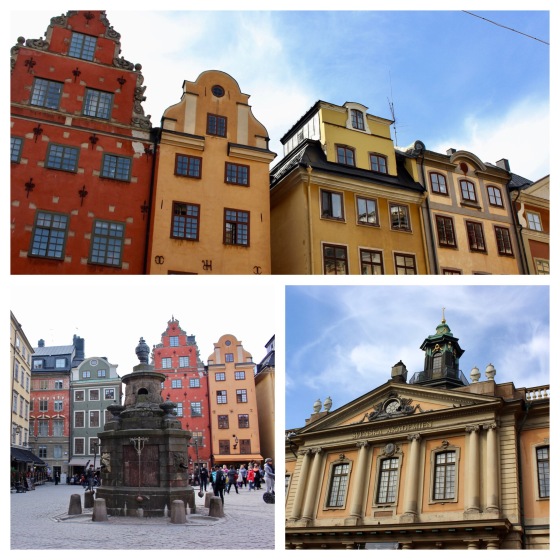 Next to the Storkyrkan (Cathedral) stands a quirky little phone booth. The cathedral itself is Stockholm’s oldest, from the 13th century.

On our second visit to the old town, we visited the Royal Palace. Open to the public are the Royal Apartments and the Royal Treasury. We enjoyed the grandeur of both. As well, there was a special exhibit of royal wedding gowns – beautiful.

As we were leaving the Palace, we came across people waiting for Changing of the Guard. We thought this would be fun to watch – but alas, it was quite underwhelming! The ceremony was minimal and the participants seemed somewhat confused…..

Between the Old Town and the New Town is a waterway known as the Slussen. Stockholm sits at the meeting of the salt water of the Baltic Sea and the fresh water of the huge Lake Malaren. Locks have been built to manage the transition.

Stockholm’s modern city is definitely that – modern and interesting in its Scandinavian design. We spent sometime lounging in the sun at the impressive City Hall.

Harvey and I enjoyed an evening walk around the new town taking in the sights.

We spent one of our days visiting two very diverse museums.

The first was the Vasamuseet (Vasa Museum). The Vasa was a great ship, commissioned by Swedish King Gustav II (aka Gustavus Adolphus), and while not the biggest ship in the world when launched in 1628, it’s gunpowder and ornate decorations promised to help Sweden further establish itself as an European power. Unfortunately, the ship design was not quite right. The ship sailed 1,300 metres and no farther. Still within sight of the shipyard where it was built, Vasa heels to port under a gust and water gushes in through the open gun-ports. Within minutes, the ship is lying on the sea bed 32 metres below.

The ship remained underwater for 333 years. In 1961, it was raised and today is the best-preserved ship of its time. A great museum has been built around the ship, providing both a great visitor experience and on-going preservation of the ship.

After the Vasa Museum (and a bit of lunch), we visited a museum of a totally different kind. 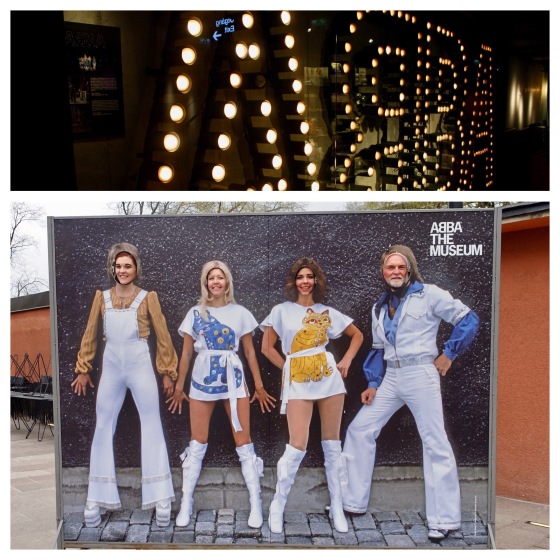 Yes…the ABBA Museum. It was great fun! Lots of interesting information on the group, sparkling memorabilia and interactive exhibits that the girls participated in with great gusto!

We had some great meals in Stockholm, including of course, Swedish meatballs! 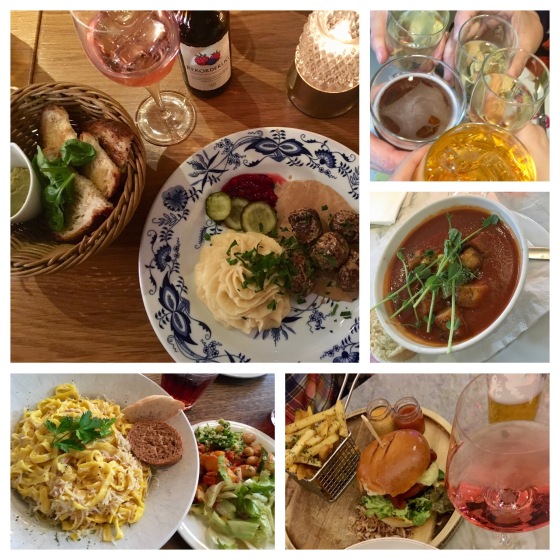 Stockholm is a great city, an enjoyable blend of historical architecture with modern design! We thoroughly enjoyed our time there and would highly recommend a visit!

Stay tuned for our adventures in Norway and Denmark!