In today’s blog, I would like to tell you about our explorations of the Northern Peninsula in Newfoundland.

As I mentioned, we are staying in St Anthony at the Grenfell Heritage Inn and Suites. The hotel is located adjacent to the Grenfell Historic Properties.  Sir Wilfred Thomason Grenfell is a big deal here in Newfoundland, especially in St Anthony. Born on February 28th, 1865 in a small coastal town in the north of England, Grenfell was a medical doctor who committed himself to Christ. He joined the Royal National Mission To Deep Sea Fishermen, an organization which provided medical and spiritual services to North Sea Fishermen. This brought him to Newfoundland and Labrador where he established hospitals, orphanages and trained nurses and teachers. In 1927, Grenfell was knighted by King George V.

Our primary destination on Tuesday was L’Anse aux Meadows. We travelled along the Viking Trail, stopping in a couple of small fishing villages on our way.

L’Anse aux Meadows is situated at the tip of Newfoundland’s Great Northern Peninsula. Here lies the first known evidence of European presence in the Americas. A Norse expedition sailed from Greenland, building a small encampment of timber-and-sod buildings over 1000 years ago. The expedition was led by Lief Erickson, who was born in Iceland to Nowegian, Eric the Red.

The archaeological remains of the Viking encampment sit against a stunning backdrop of rugged cliffs, bog, and coastline. L’Anse aux Meadows is a National Historic Site and was declared a UNESCO World Heritage Site in 1978.

Our visit began with a private viewing of a 15 minute movie providing the history of the sie (private as no one else was around at that time). After examining the artifacts and information in the visitor centre, it was time for the guided tour. Our small group of 10 was led by Parks Canada guide and interpreter, Clayton. He was the best!!

Clayton has lived his entire life on the spit of land that is L’Anse aux Meadows. His mother also lived her entire life there and along with her fisherman husband raised Clayton and his 10 siblings. He comes from a long line of fishermen. As well as working for Parks Canada for many years, Clayton fishes and builds boats. He was knowledgeable, engaging and a whole lot of fun! We thoroughly enjoyed the hour we spent with him.

On our tour, we viewed the actual archaeological field and the recreated base camp. 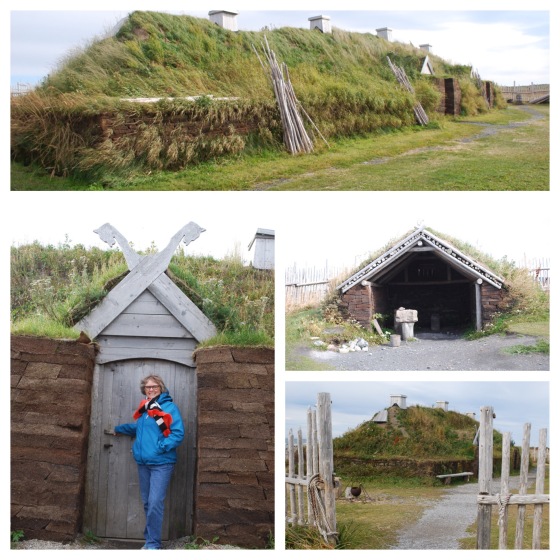 Here we met costumed Viking interpreters who also provided us with a wealth of information. 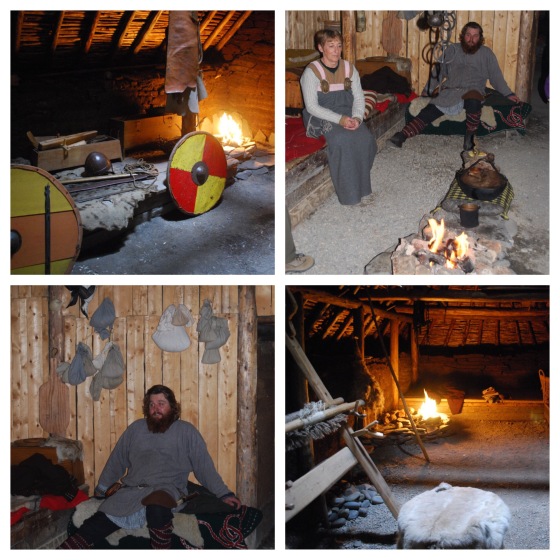 I have Icelandic heritage (my maternal grandmother was born there) and this added to my interest in Lief’s voyage. I am planning on looking into the Icelandic sagas which provided so many of the stories that our interpreters told us.

After leaving the historic site, we stopped by the Lief Erickson statue and the Norse village site that is a tourist attraction in the summer (closed for the season now).

We returned to St Anthony and toured around the village, taking some photos.

We visited the Fisherman Point lighthouse and lookout. There was a staircase of 476 steps that we might have tackled had the weather conditions been better. But you can probably see from the pictures that it was a cold, windy day!! About 6 C, but with a major wind.

After Fisherman’s Point, we went up the road to Goose Cove, another typical fishing village.

We really enjoyed our time in the north. The people were very friendly and welcoming – and they must be the most honest neighbors you could ever have. This is evidenced by the things we saw along the road (and had to ask for explanations about):

These roadside garden plots. People just choose a spot, the theory being “why work up a plot when a road crew has already dug up good top soil in the ditch?”. These plots are not located close to homes – you just see them randomly along the roadside.

Then there are the piles of wood. The amount of wood required to heat homes over the winter is significant. With a permit, each person is allowed to cut 10 cords of wood each year on crown land. They travel by snowmobile to the bush areas, cut the trees, cut the wood into pieces, and haul it by sleighs back to the side of the road and stack it there. They come back to get what they need when necessary. We asked Clayton if anyone ever takes from someone else’s stack. He said “oh no, they would be shamed if they did – and have to run away to Alberta”. 🙂

We also saw lobster traps stored the same way along the road. It was a great thing to see.

Today, Wednesday, we had a long day of driving back to St John’s.  I’ll post a blog on our time here in a couple of days. 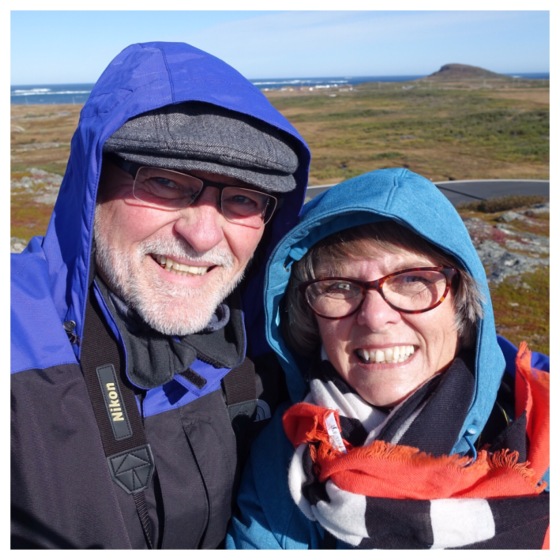