Wednesday was the last day of the conference. It began with a great video inviting everyone to Qatar for next year’s meeting. This was followed by an extremely moving plenary session. Susan Sheridan, from the U.S., told us her story. Her son has permanent brain damage, due to undiagnosed kernicterus. Then a few years later, an error in reporting of pathology results contributed to the untimely death of her husband. Susan has become an active advocate for patient engagement in all aspects of the healthcare system. Her presentation was emotional and inspiring!

We then spent some time looking at many of the posters presented at the conference and attended sessions that focused on accreditation and healthcare assessment.

When we returned from the conference, we found Glen and Harvey relaxing on the beach. It was again a beautiful sunny day! 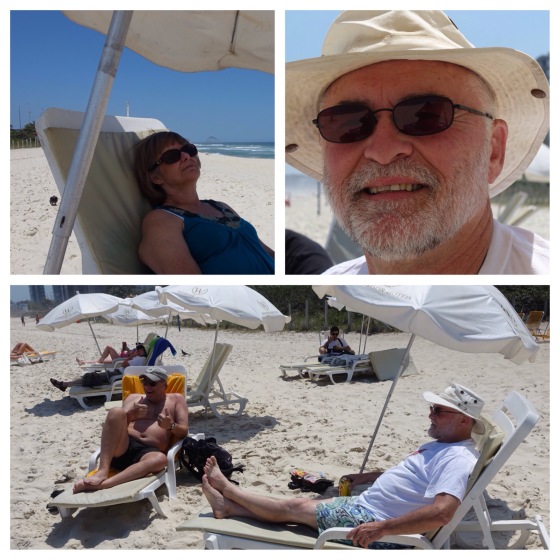 It was then time to hop in another cab to head for Pão Açúcar, Sugar Loaf Mountain. Inaugurated in 1912, the cable car was the first in Brazil and third in the world. Starting from the Vermelha beach, the first cable car connects Babilônia hill to the Urca hill. From there, a second cable car takes you to the top of Pão Açúcar, which is 396 meters above sea level. 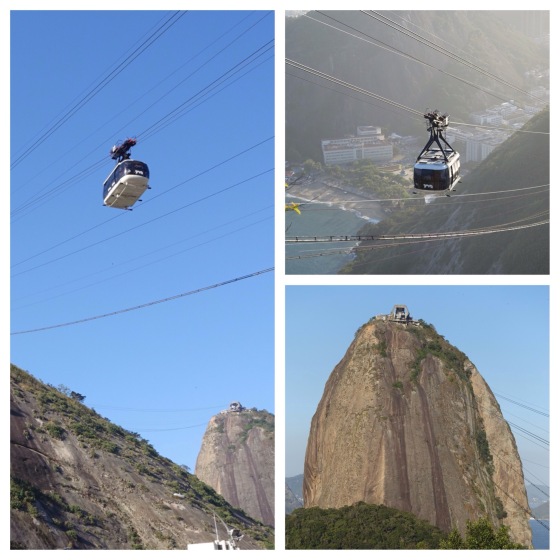 From the top these hills, a breathtaking city landscape unfolds, including Botafogo bay, Copacabana beach and the entrance to Guanabara Bay. We arrived in time to see the transformation from day to night, which was amazing!!

Coming down from the mountain, we hopped in a cab that would only take us as far as Copacabana. This was fine as we walked the beach, had a bite to eat and beverages on the beach. We also did a bit of shopping at a beach market.

Another incredible day in Rio!